Asava Arishta is special Ayurvedic medicine made by soaking herbs (the drugs), either in the form of dry powder or decoction – liquid (Kashaya/ kwatha), in a solution of jaggery or sugar. It is kept such for a specified period of time so that it undergoes a process called Sandhana kriya (fermentation) This fermentation generates alcohol which facilitates the extraction of the active principles contained in the herbs or drugs. The alcohol is self-generated and acts as a preservative. The alcoholic content is limited to a maximum of 11% as per the standardization.

Watch the video of step by step method of Preparation of Arishtam: 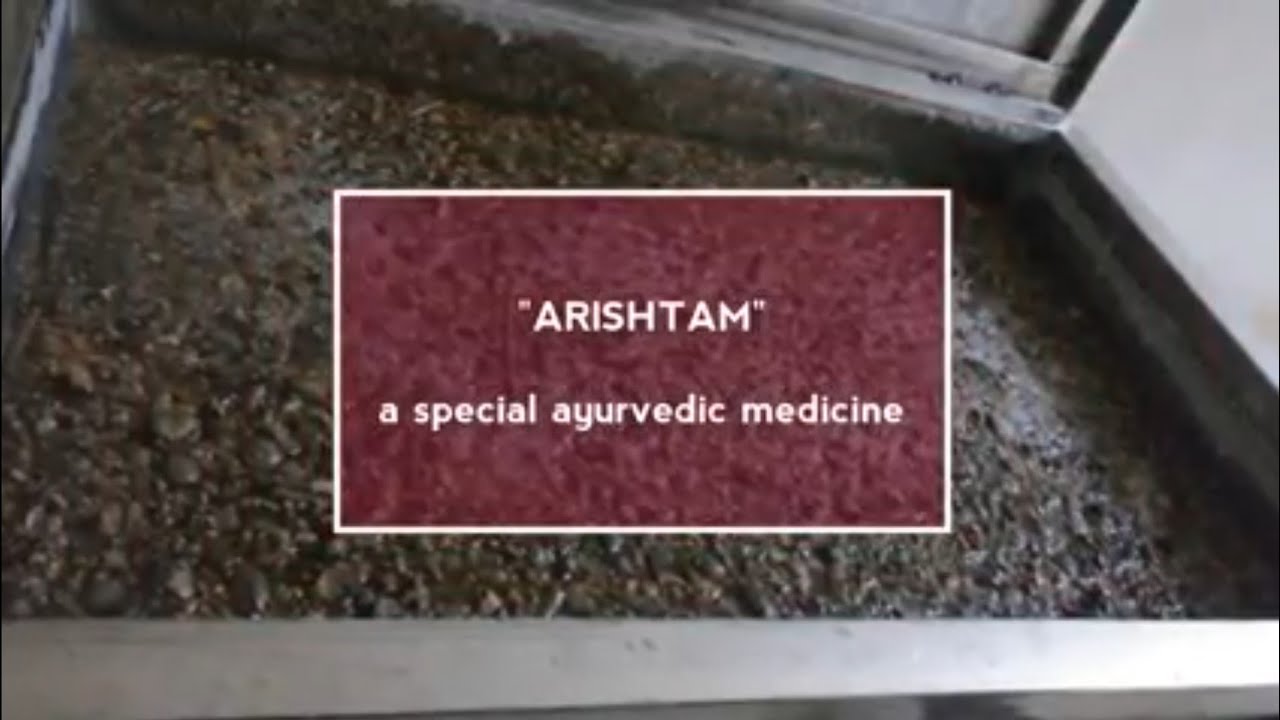 Method of preparation of Arishta (Arishtam)

To prepare Arishta, the mentioned herbs or drugs are coarsely powdered (Yavakuta churna) and then decoction (Kashaya/ kwatha) is prepared from them. The prepared decoction (Kashaya) is then strained and kept in a safe place in the fermentation vessel, pot, or barrel. Jaggery (gud), sugar or honey, according to the formula, is separately dissolved, boiled, filtered and added in the fermentation vessel where decoction is kept. Mentioned Prakshepa Dravyas are made into fine powder and added to that vessel. In the end, a herb called Dhataki Pushpa, (if included in the formula) is added. The mouth of the vessel is completely covered with an earthen lid. The edges of the lid are sealed with clay-smeared cloth in seven consecutive layers. The container is then kept in a heap of paddy. Use of paddy is to ensure a constant temperature during the period of fermentation and also it accelerate the fermentation process.

After the specified period, the earthen lid is removed carefully, and the contents of the vessel are examined to ascertain the process of fermentation (Sandhana karma) has been completed or not. The content or fluid is then decanted and strained and kept as it is for two to three days. It is again strained to mix sediments properly and packed in a glass or pet bottles.

Method of preparation of Asava (Asavam)

The Asava is prepared same as that of Arishta, but the difference is here we do not prepare decoction (kashaya/ kwatha) from the herbs or finely powdered drugs. Jaggery or honey as mentioned in the formula is dissolved, boiled and filtered. Then this is poured into the fermentation pot, vessel or barrel. The mentioned fine powders of the herbs (drugs) are added in the solution of jaggery. The vessel is covered with a lid and its edges are sealed with clay-smeared cloth in seven consecutive layers as described in Arishta preparation method. And then the rest process is same as that of Arishta.

General precautions during the preparation of Asava Arishta

It is mentioned in the Ayurvedic classics that well prepared Asava and Arishta do not have an expiry date, means they can be kept and used for indefinitely. They should be kept in a sealed (well-stoppered) bottles or jars.